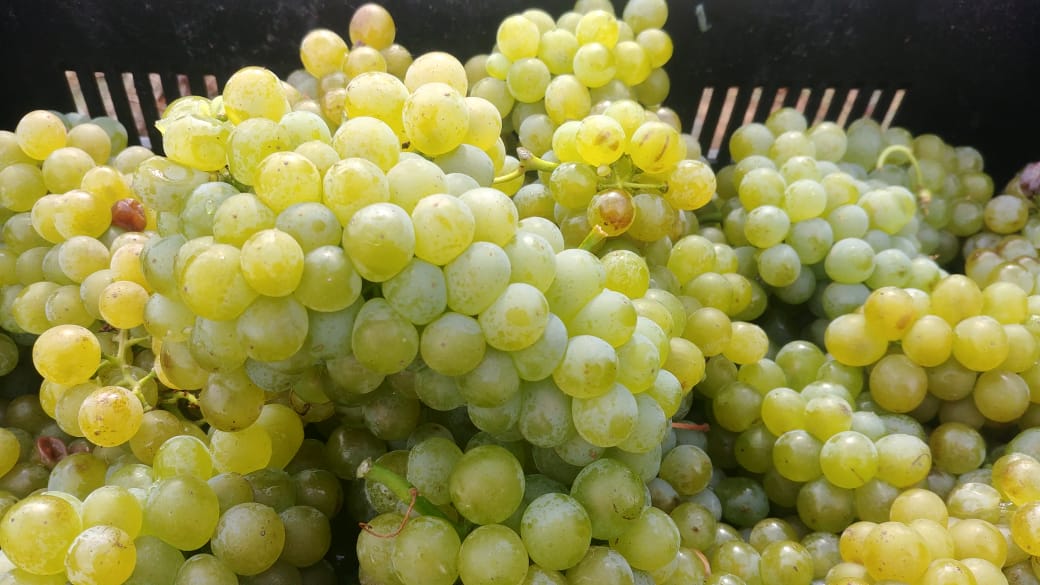 From mid-May untill the end of June the combination of good rainfall and cold weather were sufficient to meet the vines needs. July on the other hand was warm and had little rainfall, which led to early bud burst. During August and September, there was plenty of rainfall which replenished water storage and farm dams. The cold and wet conditions however slowed the shoot growth. Gale winds and a cold front in October led to poor berry set especially in higher regions. During January the temperature was lower and the harvest started on time, in the end temperatures rose however and the harvest pace had to be increased. Regular rain showers and cooler weather during February caused lots of grapes to reach sugar levels at a slow pace. A lot of uneven patterns were seen.

The 2019 harvest is bigger than the 2018 harvest, but it is still lower than the 5-year average. The yields of sauvignon blanc were exeptionally small, while the yields of chenin blanc and pinotage were bigger.

In regard to the quality of the wines: the analyses were promising at the beginning of the harvesting season, but then pH levels suddenly rose during the second half. Titratable acidity levels were therefore very high. Malic acid levels remained stable. Furthermore, colours and tanines are looking good. Therefore, good quality wines can be expected in particular the sauvignon blanc, chenin blanc and pinotage.

Any cookies that may not be particularly necessary for the website to function and is used specifically to collect user personal data via analytics, ads, other embedded contents are termed as non-necessary cookies. It is mandatory to procure user consent prior to running these cookies on your website.